Do you think ordering shoes is such an easy process?

Can you imagine the complex process behind the scenes? From the moment you press “Add to cart” until the moment the delivery guy knocks at your door with the amazing pair of shoes, you’ve ordered a few days ago…

And, let us blow your mind, could you ever imagine that a big part of this complex process has become possible thanks to our PLC team from ISD?

Meet Adrian Lulascu, our PLC specialist who has been hands-on the project from its very beginning, alongside an entire team of talented and devoted teammates. Adrian shared his insights from this project.

Oh, and let’s not forget what the project is. We’re speaking about Skechers, the worldwide famous brand, known for its footwear and accessories.

The Skechers project we took part in and helped develop involves all the phases that happen from placing the order and up to delivering it to the store or buyer.

The entire project had 3 phases, and ISD’s team has been involved in it starting with day 1. It was his first project as an ISD employee.

The first phase referred to:

the boxes into the means of transport that will further deliver them to their destinations.

Adrian spent some time in Belgium and created the program that was supposed to control the existing hardware and ensure the communication with the Skechers server. The latter is established in the USA and it sends information about the processes that are to be executed during transportation.

The first phase was a true success, with a festive launch event – a day that celebrated all the accomplishments.

A couple of years later, the project needed an upgrade and who other than the specialists that created it were better candidates for doing it? Phase 2 was even more interesting and involved working closely with a company from Austria. A new shuttle system with over 5.000 storage locations was supposed to be integrated into the existing one. Whenever the operator needs a certain box, it requests it from the shuttle, which forwards the request to the program.

The program receives the order and executes it. Besides this, the transporting conveyor was extended by 3-4 km during this phase. Overall, the entire system managed to successfully handle thousands of operations. Until phase 3 became necessary…

In phase 3, phase 1 and 2 were duplicated. Our team added new sorting elements to the existing system, alongside devices that sort the boxes. We also worked with Austria during this phase, who had its tasks at that point.

This phase’s highlight was the fact that a 100m long chain was added to the entire system. The chain moves with a speed of 1.3 m/s, pushing the boxes to the pre-established exit, selected by the distribution center in Belgium.

Besides that, we have also implemented a system that is now pushing the loads in two directions. This is a much more sophisticated program, which makes all the processes happen faster and more efficiently. 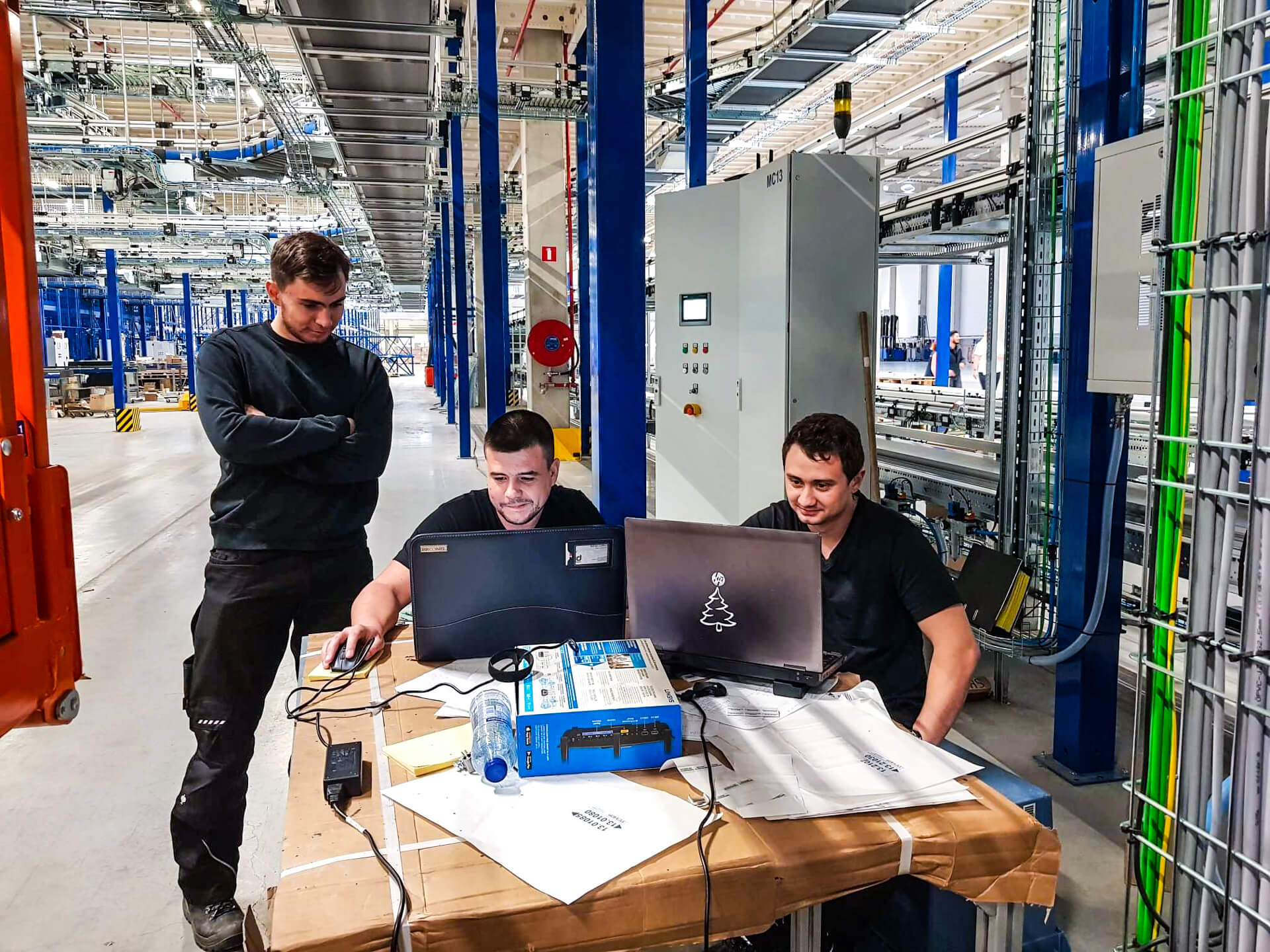 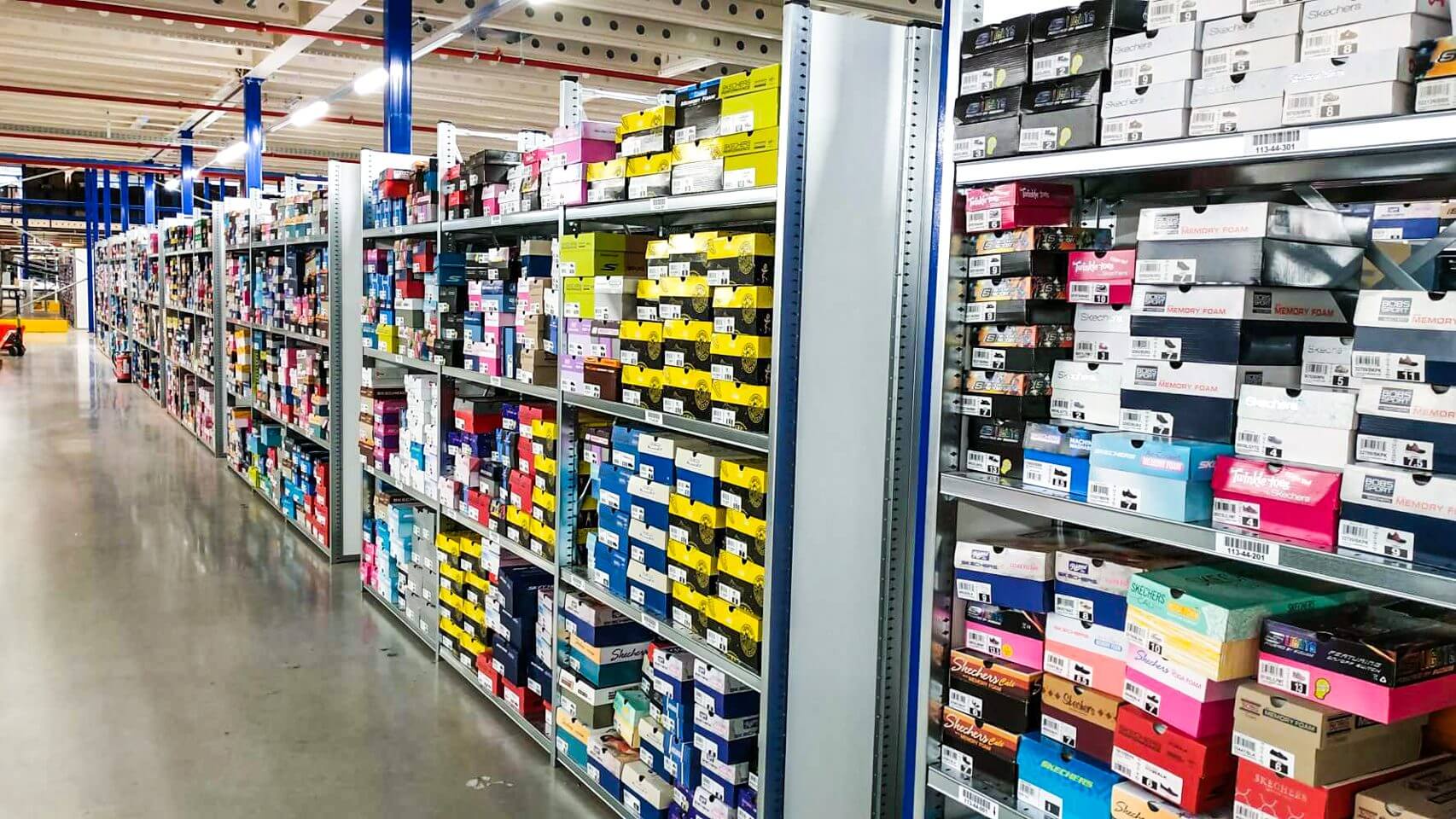 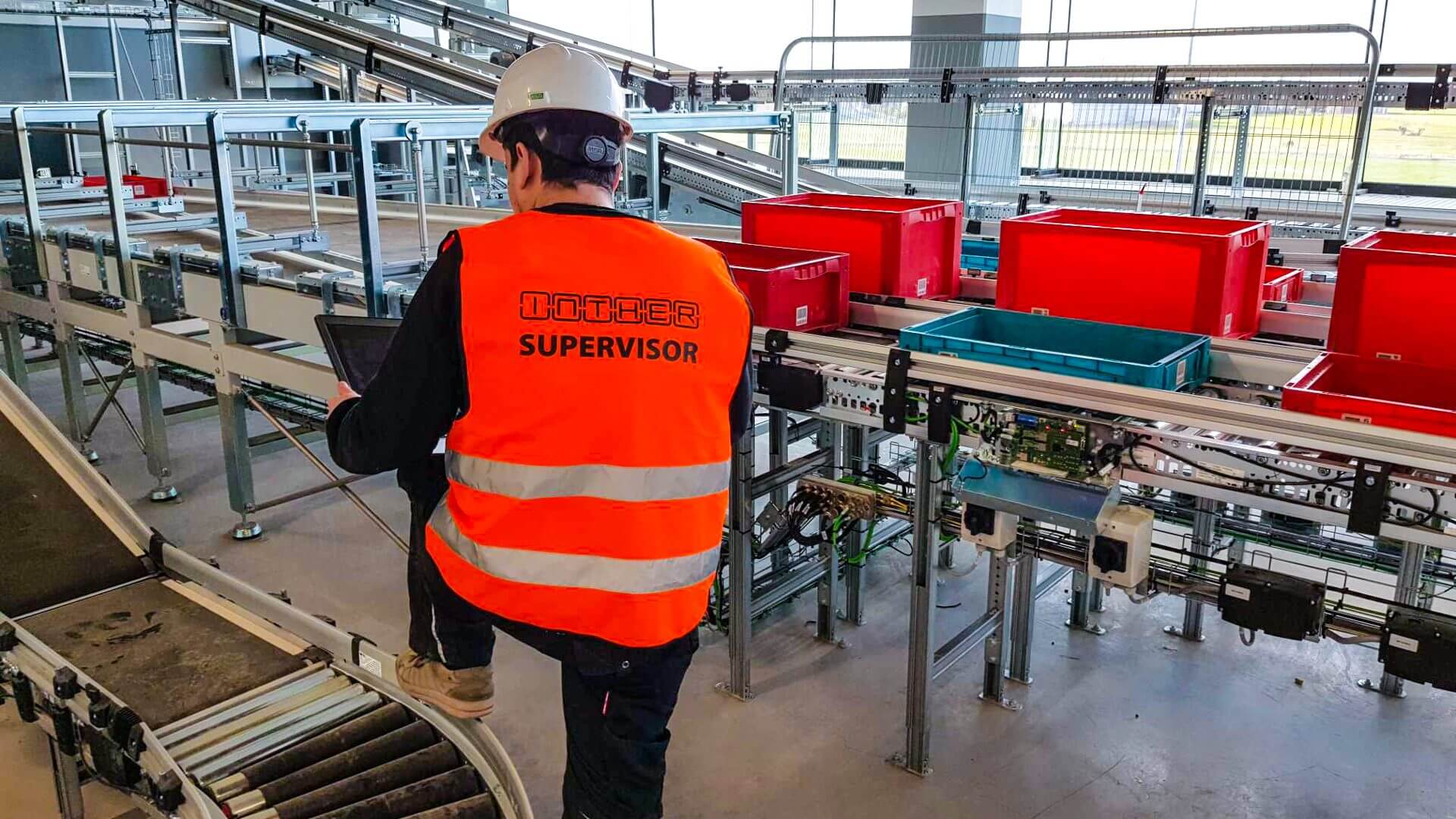 We asked Adrian what was the most exciting part of the Skechers project for him. He couldn’t stick to one answer only, as the entire project was quite amazing. Adrian went to Belgium and got personally involved in all three phases, so he saw how something that was drawn on a paper grew into a sophisticated, incredible system, securing nowadays the operations of one of the most famous brands in the world – all thanks to the involvement of highly-qualified professionals.

Working in IT can be fun and rewarding and this project is proof of that. Stay tuned for other great revelations from behind the scenes!