Whether you’re a Software Developer or a PLC Engineer, there’s a common thing between these two – Google Electricity. It surrounds us, and it can be used in thousands of different ways. We don’t even pay attention to it until a power blackout occurs and you worry about the last time you saved your progress.

Here we won’t focus on electrical phenomena, energy production, transmission, and other boring science stuff. This article will provide instead an overview of your home electrical system.

I assume everyone reading this article is aware of what electricity is and how it works but, for those who disliked physics in school – let’s do a recap.

First of all, what people usually mean by electricity is called electrical current or electrical energy (these two aren’t synonyms). Electricity is just a general term comprising the set of physical phenomena associated with this type of energy. But as long as you understand it – it won’t harm you, and you can call it as you wish.

What makes any electrical device work is the electrical current [A, Ampere] – the presence and flow of electric charge. The power which makes the charge move is called voltage [V, Volt] – the potential difference between two electric loaded conductors (phase and null wires). To ensure this flow of electron, a closed-circuit is needed. The electrical resistance [Ω, Ohm] defines how the material reduces the electric current flow through it. The relationship between voltage, current, and resistance is described by Ohm’s law, see the picture below.

What is an electrical panel, and how does it work?

You’ve blown a fuse. What do you do? Well, first of all, most of us don’t have “fuses” anymore, instead, we have circuit breakers located in the distribution panel. 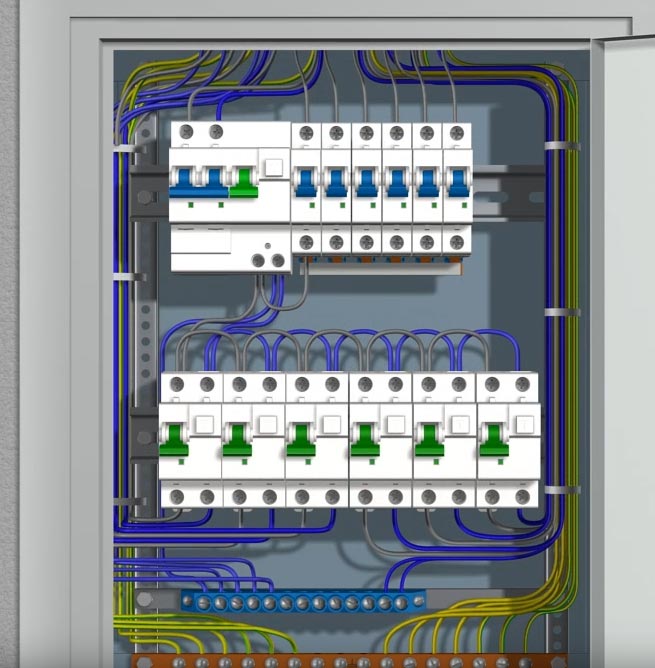 The electrical panel called the load center is a plastic/metal service box that receives the main power inside the home. After that, it distributes the electrical current to the various circuits within the home. Once you open the door to the panel, you can access all the circuit breakers or fuses.

Each circuit breaker trips when the circuit overloads. If the breaker didn’t trip and shut off the power, there could be trouble.

Most of us think that a circuit breaker protects our electrical devices and prolong their life cycle. It’s all about protecting the human lives and cables in the walls that could get on fire.

What’s inside an electrical panel?

Let’s take a look into the box and analyze its components. As an example, we’ll explore the most simplistic scheme for a small apartment. 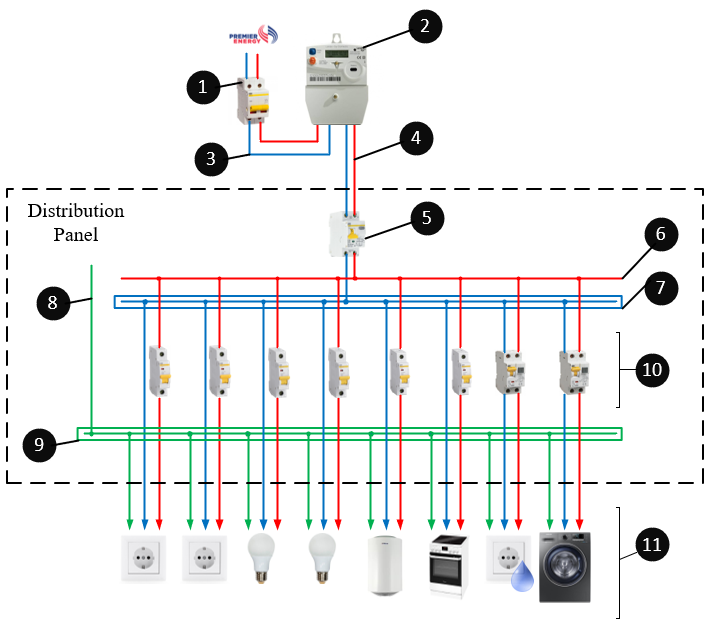 Different types of circuit breakers and its applications

As I said earlier, there are various circuit breakers and switches, each used in specific cases. Before getting to the point, we need to know what types of defects might occur in any electrical network.

Short circuit – the course with an extremely high current due to a minor negligible electrical resistance. The most widespread short circuit is the direct contact between phase and null wires, avoiding the electrical appliance. According to Ohm’s law, when the resistance is minimal, the current gets to the maximal value.

The thermal effect of this phenomenon is quite dangerous and can lead to severe damage to electrical equipment, and most importantly, to human beings’ health.

Overload – occurs when the current running through an electrical circuit exceeds safe levels, due to an unexpected power surge or running too many devices on the same path.

Overload may cause rapid deterioration of the conducting cables with a further possibility of short circuits.

Leakage current – electric current in an unwanted conductive path under normal operating conditions. It usually occurs in areas with high humidity and is only dangerous for humans who unintentionally became a conductor. Even more, if you get hit by such a current (or it’s leaking through other conductive parts), it will hurt you twice because you’re paying money for that too. The electricity meter forgives nothing.

Now let’s become familiar with some of the equipment which you’re most likely to see when you take a look into your home’s distribution panel. 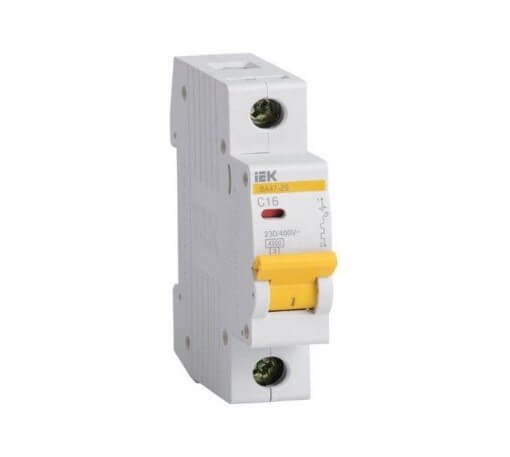 This one is used almost everywhere and is meant to protect against the most common faults: short circuit and overload. The live wire is interrupted by such a breaker and turns off the further power supply in the event of a malfunction.

There are single pole breakers (this guy on the left) and multiple poles (double, triple, quad, etc.) depending on how many wires you need to disconnect in case of a failure, in-home application a single pole is enough. Double-pole breakers can be used as main breaker, for safety reasons, the null wire is interrupted too.

A common thing you probably noticed is the different inscription on the front, having the same C16/C20/B10 structure. These are the parameters of the breaker indicating the following values: 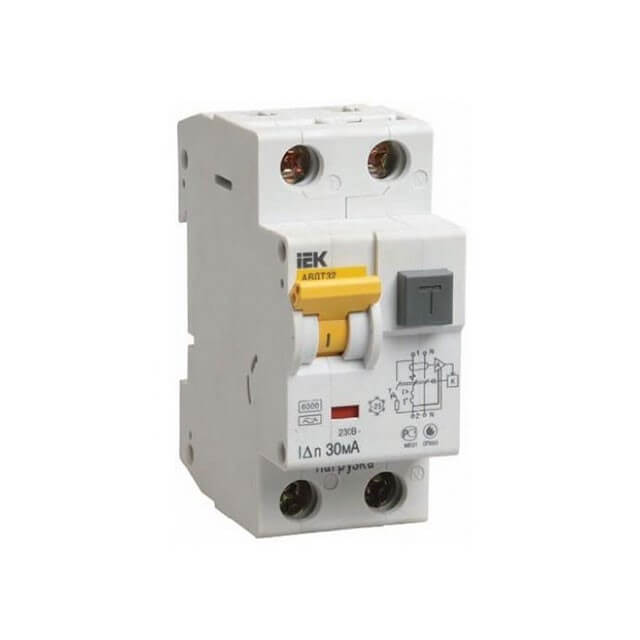 Also known as a residual current circuit breaker, it has the same features as the previous one but additionally has a leakage current protection. The leak is detected by comparing the outgoing and the incoming currents, so a single-pole version is impossible. It is highly recommended to use them in bathrooms, kitchens and other equipment exposed to moisture.

The inscription ∆I 30mA (might differ) indicates the maximum current value deviation before the breaker is triggered. 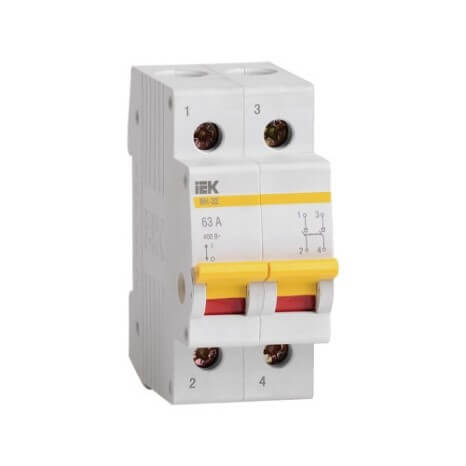 This one is not a protection device and is only used to separate the power source from the downstream part. Compared to the first two – the load switch is the only one that is allowed to turn off manually.

Some facts and tips you probably didn’t know

If you got this far – thank you for your patience and hope the information I shared will be useful someday.