In July 2016, our team of 4 UTM students, both graduate and undergraduate began our internship program at ISD. After we received a warm welcome from our mentors Dumitru and Dan, and afterwards from the whole company, we were presented with the general plan and the requirements of our project.

The program was meant to simulate the process of development of a product, we were to work in the Agile Scrum environment, and our mentors were meant to play the role of PO’s (besides giving us the necessary technical guidance, of course). Afterwards we were also presented with a POC. Right from the beginning we have understood the fineness of the experience we were yet to receive in the following 4 weeks. This immersion into the actual process of development is especially important for the students yet familiar only with the theoretical aspects of programming. Eagerly we started with analyzing what exactly should we develop.

The application we were to build was a Warehouse Visualization Control Tool (WVCT for short), which as the name implies, has the primary goal of displaying the warehouse layout in 2D and 3D. The general requirements we had received at the beginning were the following:

A lot of the technologies required for this project were new to us, which meant that we needed to plan and divide efficiently the learning of unknown areas. Since we were a team now, instead of just intern colleagues, we were able to easily maintain a strong spirit of cooperation, which in the end proved to be one of the key factors in our whole experience.

At first we divided ourselves into pairs which worked on either client or server side. Since the client one presented to be the part which required a lot of additional learning, as nobody had experience in JS, we expected it to develop slower than the other side. That is why it was decided that the colleagues which were more experienced in Java to work on back-end, and once it’s up and running all 4 of us would concentrate on the issues left with client side (or the app in general).

The technologies we have used for the client side are the following:

The structure of our client module is quite simple, below are listed the directories and their description:

Some additional description of one of the more important .js files used in the app:

For this part of the application we had an even larger specter of technologies to chose from, as the only requirement was for Java language to be used. As in the case of client part, we took the opportunity to learn new technologies, so we chose the ones in which we were interested to use for a while.

Java Message Service (JMS) is an application program interface that supports the formal communication known as messaging between computers in a network. In general JMS supports two different ways of using messaging between a producer and consumer. These ways are PTP (Point-to-Point) and Pub/Sub (Publish/Subscribe), difference between them are that in the Pub/Sub way a message can be delivered to multiple recipients.

We used JMS in order to receive messages from IntherLC regarding the new movements which appeared in the system, or if a location of a stock was changed.

We considered that choosing the model Pub/Sub was the best option, since in this case we will be able to increase the number of subscribers to IntherLC in future.

Above is presented our Receiver. At the beginning we create a start connection and a topic, after this we call the setUpMessageNotifiers() method, where we create a topicSubscriber. Here we also have the listeners and in the method onMessage() we process our messages.

Since we can’t receive messages directly from IntherLC, we needed to find a provider which would send us this data. We chose to use Apache ActiveMQ JMS provider, because it is the most popular provider used at the moment.

WebSockets is an advanced technology that makes possible to open an interactive communication session between the user’s browser and a server. In our project it played a crucial part, because through it we could send messages to the server and receive event-driven responses without having to pool the server for a reply. 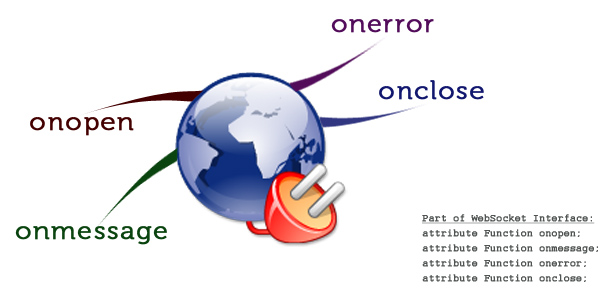 First, we created the class WebSockerServerEndPoint where we process the next events: onOpen(), onClose(), onMessage() and onError().

On our Client Side we created a JavaScript file where we make connections with our EndPoint and we also process the messages: onOpen(), onClose(), onMessage() and onError().

This function will be called everytime the page is loaded, which means at every refresh we will have in our application, we also get the actual database situation.

Jackson is a library which is mostly used to convert Java Object to JSON format. We used it to convert our data, which is fetched from database to a JSON structure used by our client.

Basically we have two methods which we use to convert our object in JSON files, after our object was serialized we call the method buildResponseObject() and create our file.

With our team’s effort and our mentor’s guidance we managed to complete the requirements set in the beginning. The whole process and experience gained during this month of internship, in the end, was also rewarded with a sense of achievement. And what gave this sensation even more meaning is that we could see every bit of progress and the steps we made to get closer to a new level. All of us became significantly closer to being the programmers we wanted.