A programmable logic controller (PLC), also referred to as a programmable controller, is the name given to a type of computer commonly used in commercial and industrial control applications.

PLCs differ from office computers in the types of tasks that they perform, and the hardware and software they require to perform these tasks. While the specific applications vary widely, all PLCs monitor inputs and other variable values, make decisions based on a stored program, and control outputs to automate a process or machine. 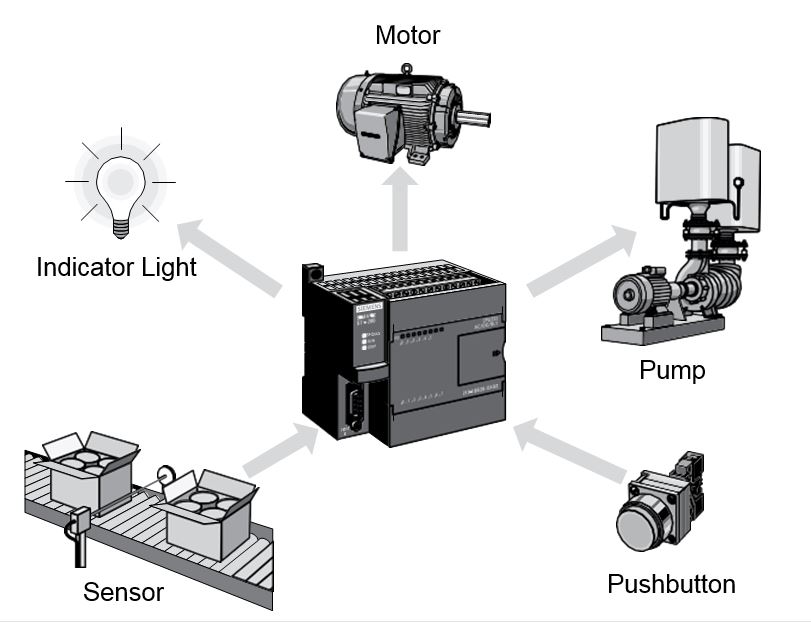 These analog signals represent machine or process conditions as a range of voltage or current values. The primary function of a PLC’s input circuitry is to convert the signals provided by these various switches and sensors into logic signals that can be used by the CPU. The CPU evaluates the statuses of the inputs, outputs, and other variables as it executes a stored program. The CPU then sends signals to update the status of the outputs.

The output modules convert the control signals from the CPU into digital or analog values that can be used to control various output devices. The programming device is used to enter and change the PLC’s program, to monitor and change the stored values. Once entered, the program and associated variables are stored in the CPU. In addition to these basic elements, a PLC system may also incorporate an operator interface device of some sort to simplify monitoring of the machine or process. 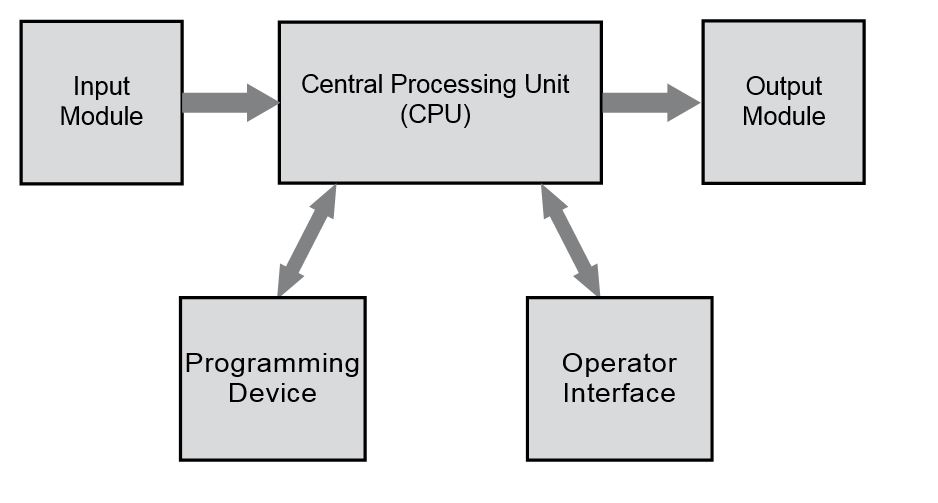 Prior to PLCs, many control tasks were performed by contactors, control relays and other electromechanical devices. This is often referred to as hard-wired control.

Circuit diagrams had to be designed, electrical components specified and installed, and wiring lists created. Electricians would then wire the necessary components to perform a specific task. If an error was made, the wires had to be reconnected correctly. A change in function or system expansion required extensive component changes and rewiring.
SIMATIC software is the universal configuring and programming environment for SIMATIC controllers, human machine interface systems and process control systems. SIMATIC software with STEP 7 and numerous engineering tools supports all phases of product deployment, from hardware configuration of the system and parameterization of modules to service of the installed system. PLC programming can be done also with the help of Simatic Manager, which provides the possibility to write programs in three programming languages: 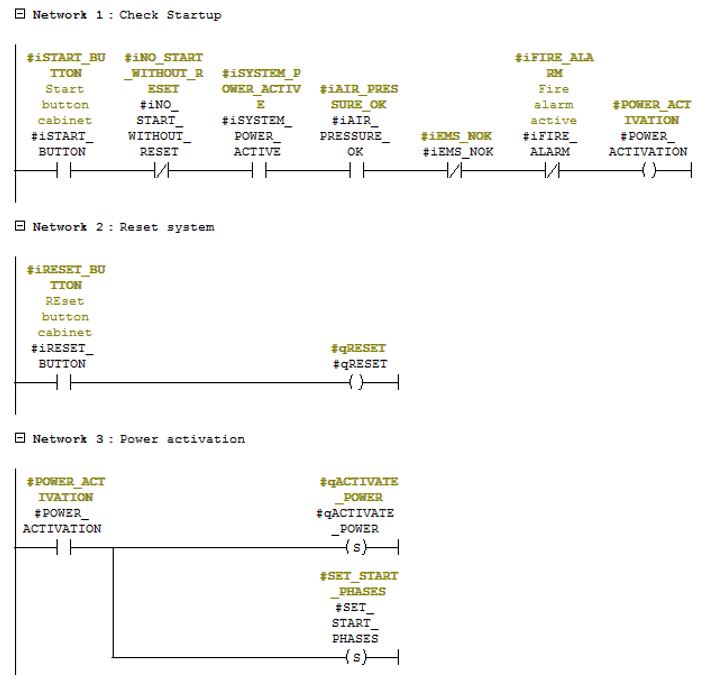 Statement List (STL) – list of instructions. This editor allows you to create a program by entering the mnemonic commands. In this editor you can create programs that can not be created in the LAD and FBD editor. Programming in STL is very similar to the assembler language, but it’s more specific. 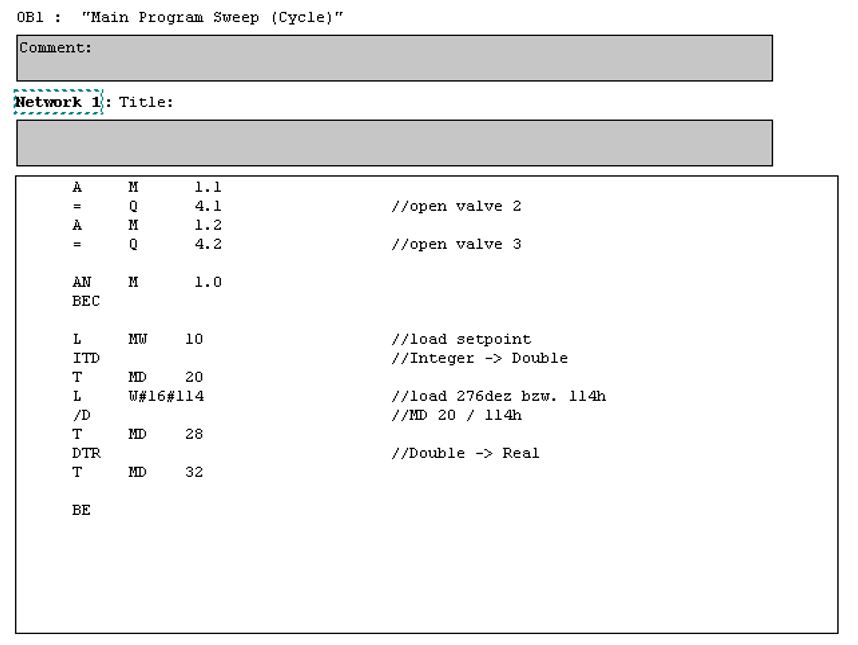 Function Block Diagram (FBD) – functional block diagram. This editor displays the program in the form of conventional logic circuits. There are no contacts, but there are equivalent functional units. This editor doesn’t use the term “power flow”, as in the LAD, it expresses a similar concept of the control flow through the FBD logic blocks. 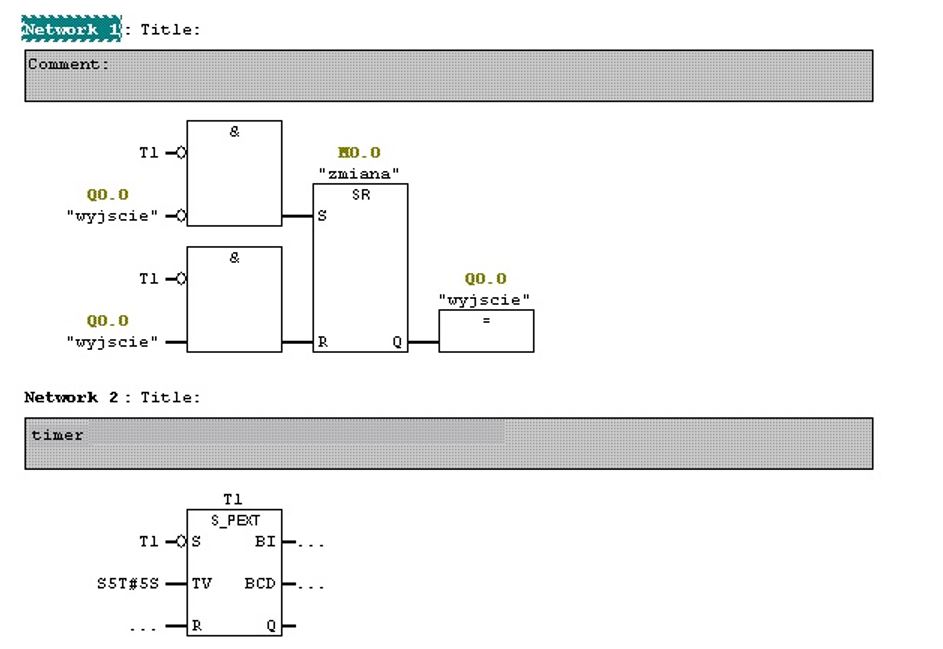 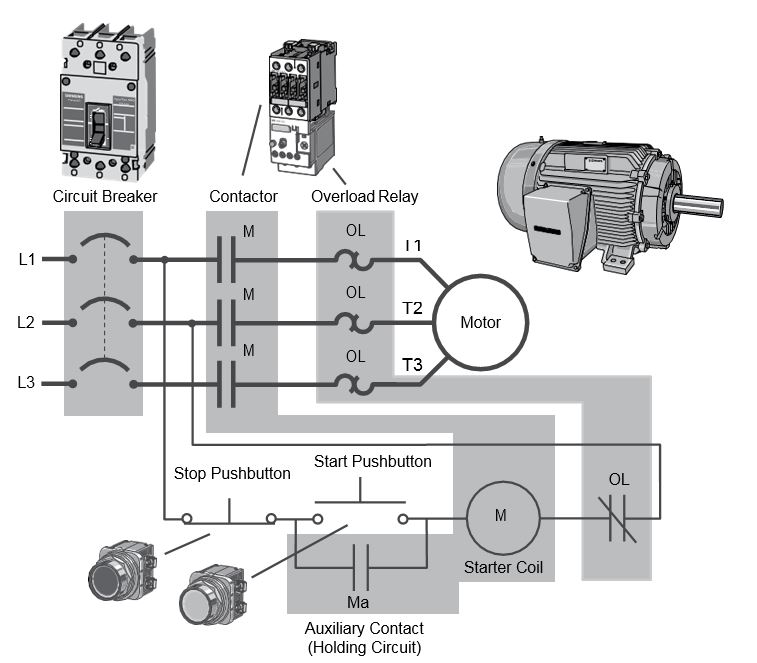 Fig. 6 Electrical schema of the starter 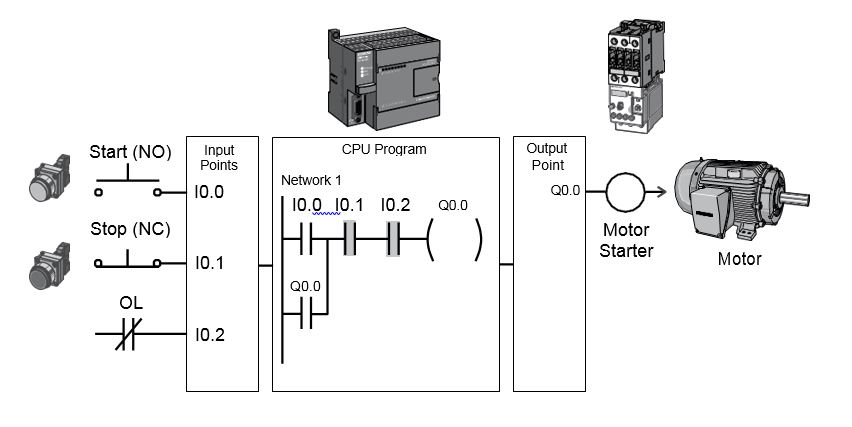 Normally the open output Q0.0 contact is also programmed on Network 1 as a sealing contact. With this simple network, energizing the output coil Q0.0 is required to turn on the motor.
When the Start push-button is pressed, the CPU receives a logic 1 from input I0.0. This causes the I0.0 contact to close. All three inputs are now a logic 1. The CPU sends a logic 1 to the Q0.0 output. The motor starter is energized and the motor starts.

The output status bit for Q0.0 is now equal to 1. On the next scan, when the normally open contact Q0.0 is solved, the contact will close, and the output Q0.0 will stay on, even if the Start push-button is released.

When the Stop push-button is pressed, the input I0.1 turns off, the I0.1 contact opens, the output coil Q0.0 de-energizes and the motor turns off.

PLCs are not only capable of performing the same tasks as hard-wired control, but are also capable of covering a larger array of complex applications. In addition, the PLC program and electronic communication lines replace much of the interconnecting wires required by hardwired control.

Therefore, hard-wiring, though still required to connect the field devices, is less intensive, that’s why correcting the errors and modifying the application is much easier.

Here are the main advantages of the PLCs: