Why it is so important to travel? It is all about seeing new places and taking photos? How to combine travelling with being a JAVA developer? Read the article below to find out! 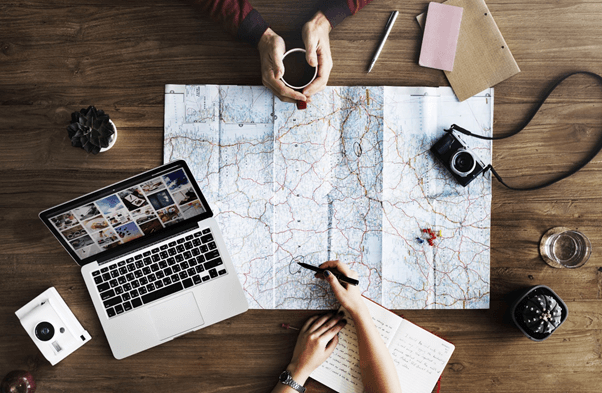 On the surface, travelling is all about seeing new places and taking photos, but underneath it is much more. It is about new horizons, new experiences and new cultures. It is about the transformation that takes places in your inner self. Travelling is developing a person’s character being open minded, getting outside of his/her comfort zone.

Are you wondering how to combine travelling with being a JAVA developer?!

The first, and the most important step which you have to make in order to combine travelling and being a JAVA developer is to join us, ISD. 🙂

Who are we? As you may know, we are an innovative software outsourcing provider with the main skill set focusing on JAVA and JAVA related technologies. With the support of our strategic partner, Inther Group from The Netherlands, for over 10 years, we are eager to take up a challenge and enjoy working with new technologies.

What do we have to offer? We can offer you the opportunity to travel and to work in one of these 4 countries for a while: the USA, the Netherlands, Belgium and China.

The focus on distributed work did not happen accidentally. It was a conscious choice from the very beginning. We do believe that talent and intelligence are equally distributed throughout the world, but the opportunity is not. That is why our developers can live and work for a while in any of the countries mentioned above. Thus they bring a different understanding of that culture and a different lived experience.

One of our primary goals is connecting people from different places on an equal playing field. We want to make sure that everyone is aligned and on the same page, and that they have a deeper connection with their colleagues. And then they work together, they can bring together that understanding and empathy.

Here are some examples of people who have had the chance to work as a JAVA developer in one of the mentioned countries: 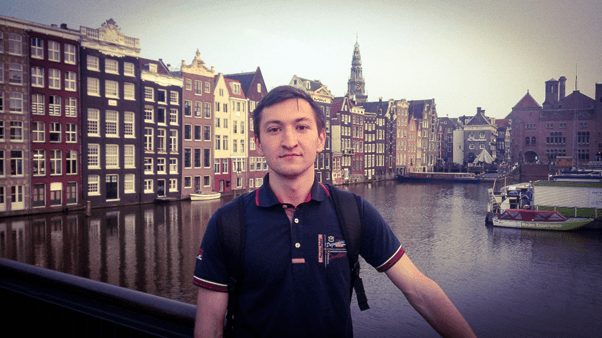 „The time spent with my colleagues in the Netherlands was a unique experience. Immediately after hiring, I was asked to go for a few months to the Netherlands to be part of the team that was developing a management system for a distribution centre, to get acquainted with the warehouse processes and to fit in with the work process more quickly.

The project was at the testing stage. The latest preparations were made to release it in production. After a few weeks, I went to the warehouse to continue testing the system on site and the first thing I was impressed about was the size of the warehouse, it was enormous. The most exciting moment was when I was writing the code directly in the warehouse, applying a bug fix, and then re-launching the test to verify the correctness of the execution of a particular process. It was unforgettable to see how the code written by me makes a box start moving on the conveyor.

Spending more time in the Netherlands, I had the opportunity to get to know my colleagues more closely, to understand their cultural characteristics and to try their lifestyle. One thing I really liked was going to the office by bike, given the fact that it was not so far, and that the relief was almost flat.”

“Going abroad was something I am always excited to do. ISD provided me with this chance to travel, but also work with my Dutch colleagues, for an extended period of time. I have to admit, this was one of the most interesting experiences, especially when I was a newcomer in the company.

For 3 months I had the possibility to work together with the part of the team I had never had a chance to meet in person. So for me, this trip was kind of a test. I easily got along with my new colleagues and they were kind enough to help me with this temporary state of transition.

As we were building one of our client’s warehouses, part of the time we spent in the office writing and adjusting the software part of the system and the second part happened in the actual warehouse. I have to admit, for the first time I actually had the chance to see what we actually build in the office. I mean, I saw the presentations, photos and also read the description of the project, but I still remember how amazed I was the first time I actually saw a warehouse from the inside.

Dutch people seemed to me, very calm, yet hard working people. I was impressed by their lifestyle. It seemed to me that they are never worried. You could easily get infected by this inner peace while watching them.

Needless to say, I had the chance to travel a lot during that period of time. I’ve seen several big cities including Amsterdam, Rotterdam, The Hague and the only thing I have to say is that the Netherlands is a stunning country. If you’d ask me what would be the definition of beauty and harmony, I’d mention it without any hesitance. Everything’s just perfect. There is also this strange feeling of peace floating everywhere, and I am not talking about their famous coffee shops. The people there just live their lives and most important is that they actually enjoy it. To be honest, I always dreamed to visit a European country, but for some reason, the Netherlands was never on my radar. I cannot express how wrong I was. This is a country I’d always like to revisit, not just because of the beautiful sites, but also because of my colleagues I spent some good time working and partying with.” 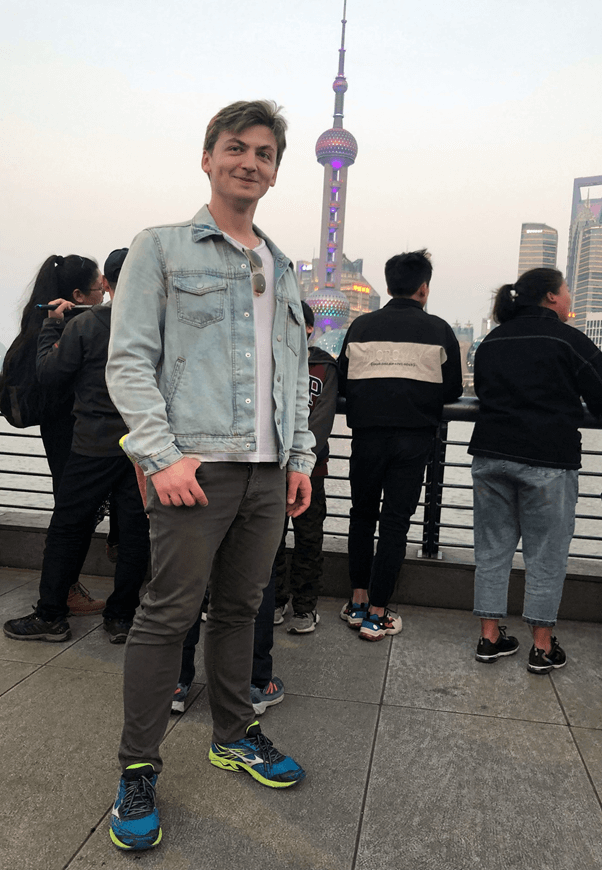 “What was the hardest thing for me? A hard thing would be something related to a struggle of sorts. So far, during my 6 months here I cannot recall truly struggling about any particular aspect.

“Challenging”, now, would be a very fitting word though. It’s a well-known fact that China is a completely different world from western countries and culture. Even compared to other eastern Asian countries like Japan or Korea, it distinctively holds its own against globalization.

Any aspect of daily life you are familiar with in western countries could (and most likely will) become a challenge here. Obviously, these are inevitable regardless of where you relocate to, so even if their numbers are considerably higher, they’re still solved by either efficiently adapting, or by receiving assistance from the helpful locals. Of course, getting informed about the possible difficulties before coming here is essential.

However, unlike the more expected aspects like the language barrier, censorship of foreign sites (even paid VPN’s struggle here) and the difference in customs, one thing which you can’t really prepare for is how truly different the Chinese way of thinking and doing things is. This actually has a significant role in making this whole experience truly exhilarating though, and not just “interesting”.

What was the most positive thing? This is an even more challenging question, not only because it’s an avalanche of new experiences which makes it a bit hard to “cherry-pick” that one “thing”, but also because the new experiences are far from over for me. There is still a ton of new things to discover or experience in this huge country for the second half of my stay here. Maybe after it’s all over, and my opinions will be settled and articulated, I will be able to provide a more formulated answer. But for now, to provide an “abstract” one I would say it’s the whole “China Journey”.

“China”: as in the awe-inspiring culture, versatile and delicious (sometimes dangerous) food, staggering nature in both of its wild and man-made forms, and of course the very welcoming and helpful local people, who are just as happy to learn about you and your culture as well.

“Journey”: would be for the overcoming and adapting to the challenges here, the (mis)adventures you will unavoidably encounter, and the growth you get from gaining a view from truly new perspectives.

What is my conclusion? Even though it’s early to provide one, some things such as initial assumptions came out to be true, so I guess proven assumptions could be called conclusions in a way. In my case, they are the following:

To efficiently adapt to new environments is to grow. I feel very lucky to have this opportunity to grow both personally and professionally.

Sometimes less is more. With a constant barrier towards consuming the online content like I used to, I basically get “rescued” from distractions. Even though I miss being always connected with my friends through Facebook (even though I was never an active user), at some point it felt liberating not being able to waste lots of time on sites like Netflix, YouTube and Reddit.” 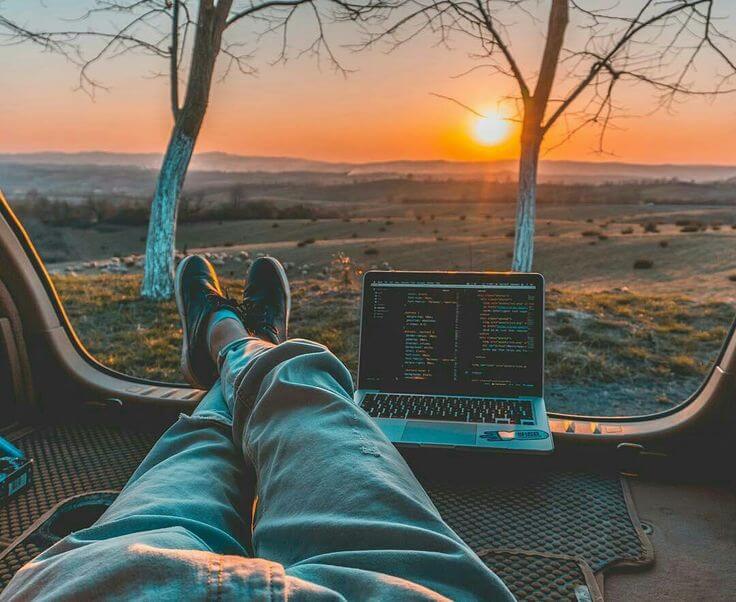 We do hope that our colleagues’ stories have intrigued you. That’s why we encourage you to approach us in order to combine travelling with your JAVA developer experience.