Recently I have had an interesting experience while implementing HATEOAS to a REST web service and I found it quite interesting, also was lucky enough to try out a NoSQL database named MongoDB which I found really convenient for a lot of different cases where you don’t need to manage transactions. So today I’m going to share with you this experience, maybe some of you will learn something new, maybe not, but still, you’ll get a refresher on what you already know.

So, first of all, we’re going to introduce REST, and slowly we’ll get to HATEOAS and MongoDB. So what is exactly REST?

As World Wide Web Consortium states: “… a model for how to build Web services [Fielding]. The REST Web is the subset of the WWW (based on HTTP) in which agents provide uniform interface semantics — essentially create, retrieve, update and delete — rather than arbitrary or application-specific interfaces, and manipulate resources only by the exchange of representations…”

Okay, now that we know what REST is, I’m going to list a brief description of all the constraints that Roy Fielding mentioned in his dissertation, Chapter 5: 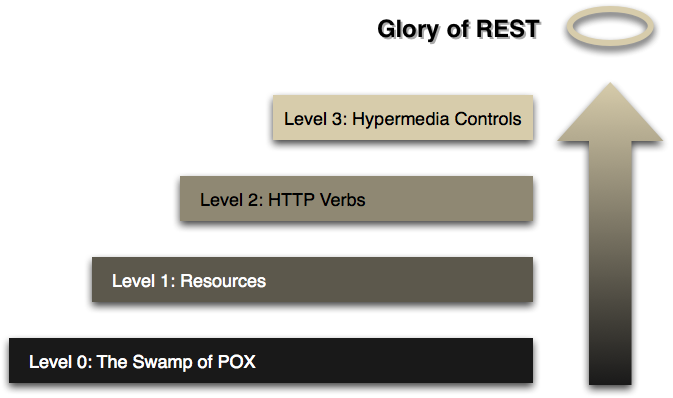 As Martin Fowler says this model is a “A model (developed by Leonard Richardson) that breaks down the principal elements of a REST approach into three steps. These introduce resources, HTTP verbs, and hypermedia controls.”

I’m going to give you a short description of these levels:

Now that we know what is REST and it’s Maturity Model, I’m going to make a brief introduction into the NoSQL database – MongoDB and after that, right to the demo!

Firstly let’s point out that REST is not easy and nobody who really understands what REST is said that it’s easy. Usually for small services that are not going to grow or change in near future it’s more than enough if you achieved level 2, HTTP Verbs.

What about big services which are going to grow because of some facts? A lot of people will say that it’s okay if you did the level 2. Why? Because HATEOAS is one of the things that make REST complex, it’s difficult, if you really want to feel its advantages you have to write more code, on client – handle errors, how resources are interpreted, how the provided links are analyzed and on server – construct comprehensive and useful links etc. Let’s see what you get if you struggle enough to implement HATEOAS:

So what are NoSQL databases? Derived from the name „non SQL” or „non Relationary” these databases don’t use SQL-like query languages and are often called structured storage. These databases exists since 1960, but were not so popular till now, when some big companies like Google and Facebook started to use them. The most notorious advantages are the freedom they offer from a fixed set of columns, joins, and SQL-like query language. Sometimes the name NoSQL may refer to „not only SQL” to assure you that they may support SQL. NoSQL databases use data structures like key-value, wide columns, graphs or documents and may be stored in different formats, for example, JSON. The greatness of NoSQL databases raises depending on the problem that it should solve.

MongoDB is a schemaless NoSQL database which is document oriented and provides high performance and good scalability, being also cross-platform. MongoDB recommended itself because of the full index support, the easiness and clearness of the structure of the saved objects in a JSON format, amazing dynamic-document query support, unnecessary conversion of application objects to database objects and professional support by MongoDB.

Time to code! Get ready for MongoDB!

Okay, now we’re ready to get to the real deal. Let’s build a simple EmployeeManager web service on which we’ll demonstrate the HATEOAS with a MongoDB connection.

For bootstrapping our application, we’ll use Spring Initializr, we’re going to use Spring HATEOAS and Spring Data MongoDB as dependencies. It should look something like figure 2.

Once you’re done, download the zip, import it as a Maven project in your favorite IDE.

First, let’s configure our application.properties, for getting a MongoDB connection you should deal with the following parameters:


Usually, if everything is freshly installed and you haven’t yet changed or modified any Mongo properties, then you just have to provide a database name (I already created one through the GUI).

Also to get the Mongo instance started, I created a .bat which points to the installation folder and to the data folder, it looks like this:

Now we’re quickly going to create our models. I got two models, Employee and Department, make sure that they have a constructor without parameters, getters and setters and the equals and hashCode methods generated, (don’t worry all the code is on GitHub so you can check it out later).

In our case, we don’t need any other methods than the ones that came out of the box, but just for the learning purposes I’m going to mention that you can add other query methods in 2 ways:

At this point we already can test how our persistence works, we just need a couple of adjustments to our models and by adjustments I mean that we need to annotate some things. Spring Data MongoDB uses a MappingMongoConverter to map objects to documents and here are some annotations that we’re going to use:

Once we’re done we can get some data in our database using the CommandLineRunner which is an interface used to run pieces of code when the application is fully started right before the run() method. Below you can take a look at my bean.

Okay, so far we have some models and we persist them, now we need a way to interact with them. As I said all the code is available on GitHub so I’m going to show you just one domain service (the interface and the implementation).

Nothing special to mention here, so we’re going to get further with our last puzzle piece – controllers! You can check below an implemented controller for the Employee resource.

I’m not going to explain in depth what I did there because is pretty obvious and I assume that you already know that. So, with all the methods implemented above, we positioned ourselves at the 2nd level of Richardson’s Maturity Model because we used the HTTP verbs and implemented the CRUD operations. Now we got our way to interact with the data, for example now using Postman we can retrieve our resources like in figure 3, or we can add a new resource like in figure 4.

A vast majority of people stop at this level because usually, it’s enough for them or for the purpose of the web service, but that’s not why we are here. So as I mentioned before, a web service that supports HATEOAS or a hypermedia-driven site should be able to provide information on how to use and navigate the web service by including links with some kind of relationships with the responses. 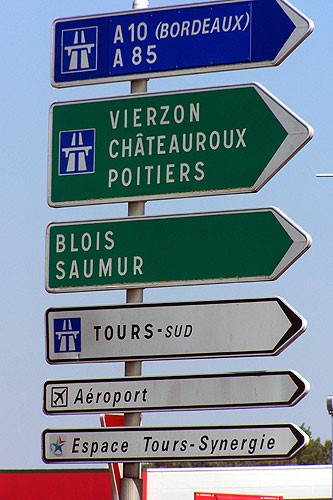 Enough talk here, to implement the links that will come with our representations of the resources we have to adjust our models by extending the ResourceSupport to inherit the add() method which will give us a nice option to set values to the resource representation without adding any new fields.

Now let’s get to the link creation and for that Spring HATEOAS provides Link object to store this kind of information and CommandLinkBuilder to build it. Let’s say that we want to add a link to a GET response for an employee by id.

Now a GET request will produce the following response:

The response not only contains the employee’s details but also contains the self-linking URL where you can navigate:

Now let’s say that we want to add links to the GET response for a list of departments, here things get more interesting because a department is not pointing just to itself, but to it’s employees too and the employees are pointing to themselves and to their list as well. So let’s take a look at the code.

So this code will produce the following response:

Nothing changed except that fact that there are some links with relationships which aren’t named self, these are the other kind of relationships that I was talking earlier and they were constructed with withRel(String rel) – a method that finally creates the Link with a relationship pointing to the given rel.

So congratulations! At this point we can say that we reached the 3rd level of Richardson’s Maturity Model, of course, we actually did not, because we need much more checks and improvements on our web service like providing the link regarding the state of a resource or any other things, but we almost did it!

You can find the full source code on my GitHub repository.