“Sometimes there just isn’t a quotation, good enough to use, so you have to do it yourself.”
Alex Zavtur

Here at ISD apart from regular work responsibilities we also have a set of additional voluntary ones.

As it happens, I am the proud bearer of the Fun responsibility. 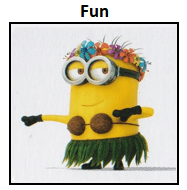 Now that doesn’t mean that I’m a wild party animal, and that every night I start up the disco. Rather it means that I should keep an eye out on the overall level of fun in the company. And from time to time come up with ideas on raising this level in case it goes down.

In this article, I want to share my experience of trying to making the work environment at ISD more fun.

As I remember, when I just acquired the Fun responsibility, one of the first things I wanted to do was to organise a Games night event. So one friday evening I managed to rally everyone up to play a game called Keep Talking And Nobody Explodes.

The main idea of the game is communication and teamwork. One player has a suitcase filled with explosives and a timer on his screen. And to disarm this ticking bomb he must solve several mini-game puzzles. Thing is – he doesn’t know the exact rules for these puzzles nor the solutions. 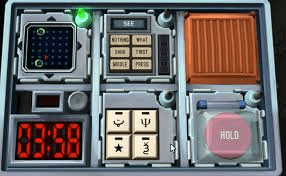 All other players instead have a hard paper copy of a Bomb defusal manual. And that manual has all the necessary instructions on how to solve those mini-game puzzles. But these defusal experts do not see the screen with the bomb. 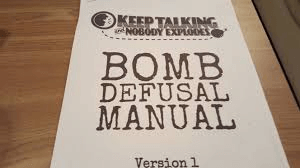 Therefore, for everyone to win, players must communicate as a team, to identify the solutions to the puzzles and disarm the bomb.

Everyone was new to the game and did not yet know how to play it. So I decided that it might be fun to do a bit of role play. I gathered our colleagues in the office near the big TV screen, and gave them the bomb defusal manuals.

On the screen was our colleague from the China office via a skype call. And the story was: The Chinese office is rigged with explosives, and there is only one person there. He found the bomb, but has no idea on how to defuse it, and here in the MD office we have the “experts” with the manuals. There’s no time to call for external help, so it is now our task, to save the Chinese office from exploding.

Of course, because everyone was new to the game, we failed the first one or two attempts. But the funny thing is, even failing was still a lot of fun. Once everyone got the hang of the rules and the mechanics of the game, we did manage to defuse the bomb and save our colleague.

That was our first Friday night games event. After a while, we decided to repeat it, and we even had several teams defusing multiple bombs at the same time.

This experience was not only fun but it also showed us how important proper communication is within the team. If you don’t communicate, you cannot coordinate the actions within the team, and this leads to a decrease in performance.

Another time we gathered to play a different game called Captain Sonar. In this game, there are two teams of four players, each player having his specific role on a submarine. And to win you have to find the enemy submarine on the map, and blow it up before they do it to you. It is a bit of a mix between Hide & seek and Battleships, all played out on paper sheets. 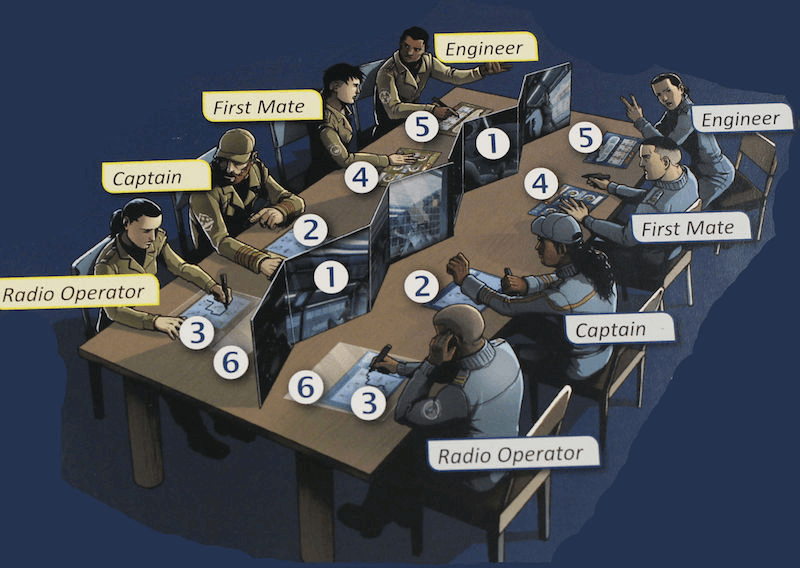 And again, this game requires good communication and coordination between the team members in order for them to win. Like last time, it was quite fun and interesting. After that, we had several more Friday night games events, where we played games like Mafia, Time’s up etc, or just have fun with VR.

But as time went on it was noticeable that there are fewer and fewer people attending these Friday night games events. And there were some understandable reasons for that. Family men and women preferred to go home to their loved ones, instead of staying late in the office. Others preferred a drink at the bar and some relaxed talk to playing tabletop games. And some would choose to hop in on some games on the office’s gaming console.

So I decided to try and organize some board games during our daily lunch time. And it was a success! At first, we had colleagues bringing their own games from home to play in the office. And once we saw that almost every day we have people interested in participating in these games, it was decided that we would buy some game for the company to always have them in the office.

First game we got for the office was The Settlers of Catan. And boy did we play it a lot!

At some point, we even had more participants than the max allowed players for the game, and we had to ask our colleagues to bring their own copies of the game so that we could have several groups playing in parallel.

Later on we bought more games like Bang and King of Tokyo. These are all fast enough games that you can usually start and finish within the one-hour lunch time limit.

But there are cases when a group would start playing a game during lunch and they would finish it during the launch time of the next day. And there are some hard core board gamers that like to play the long play-time games, and expand one playthrough for a week or even more. So board games are now something very common in our office. And they allow us to get to know each other better.

At the same time, we have a group of Console players, which you can find at every lunch hugging the office’s PlayStation 4. Every time I go by them, I get a feeling that there is championship going on. Four players competing and 4 to 8 more watching and cheering. After someone wins or loses, they switch roles and round and round it goes. 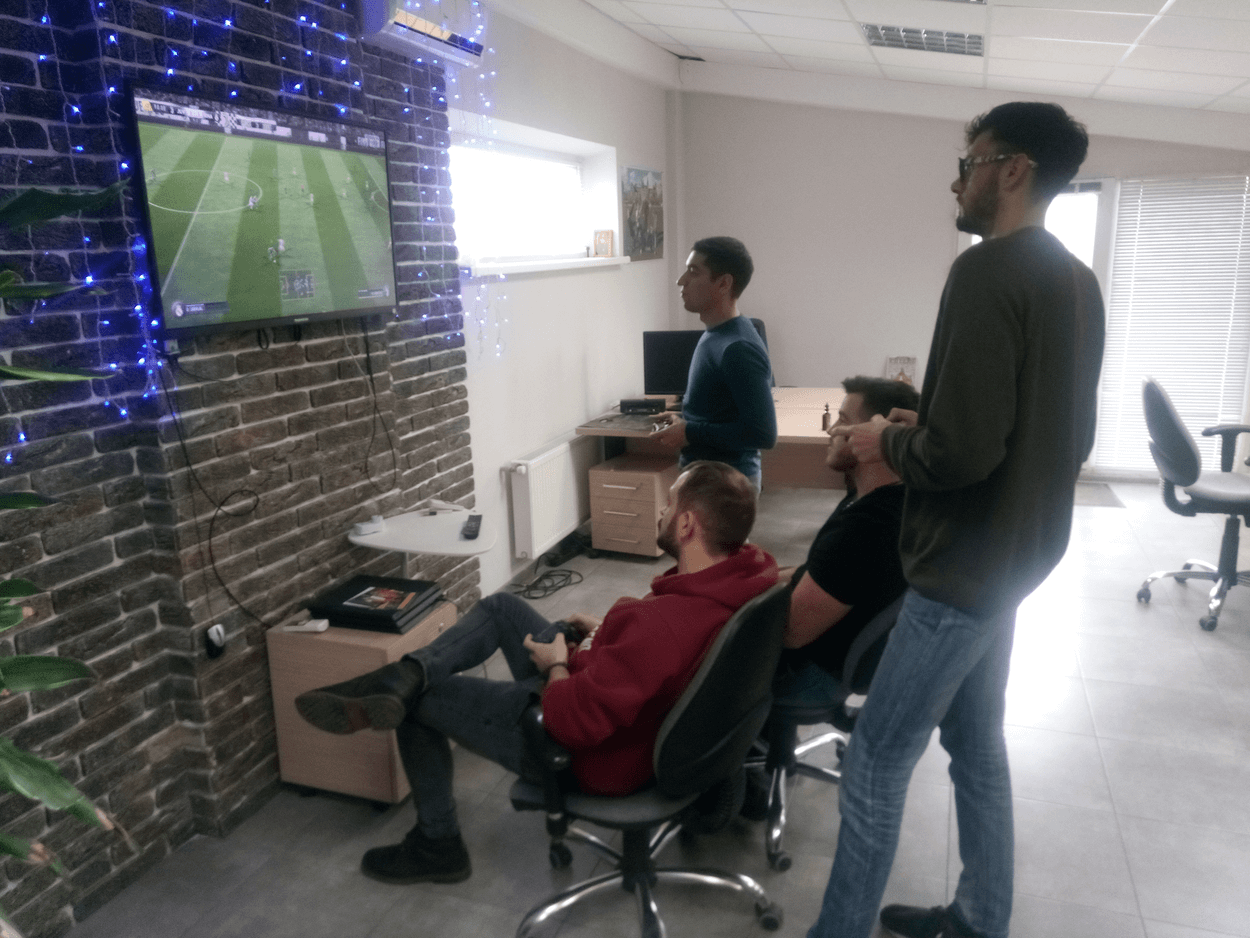 For those who prefer a more physical activity we have another possibility to have fun on a regular basis – Volleyball. Once a week after working hours we go to a local volleyball court and have a blast there. 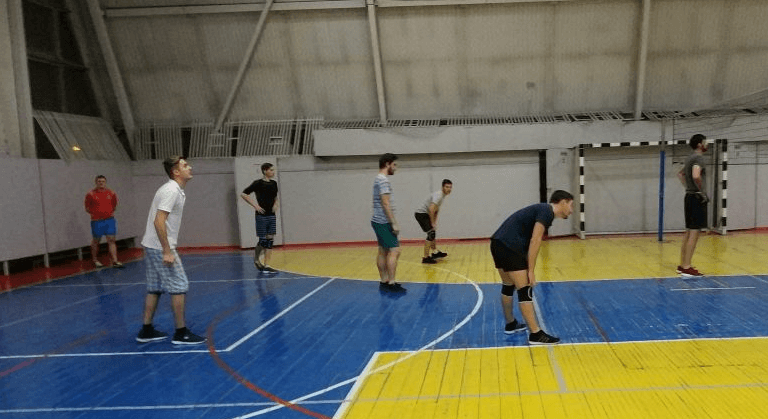 Of course, none of us is a professional and, to some, our games may look amateur. But what is important for us during these games is to have our required dose of physical exercise and to have fun. And there’s plenty of that during our games. Attack and defense moves from unbelievable directions and angles, leading to fantastic goals, after which we sometimes need a minute or two, to catch our breaths from laughing.

Another fun thing to mention is the way we celebrate the birthdays of our colleagues. Usually a group of Birthday boys and girls team up, and organize a Barbeque event. It is quite easy for us to do so, because of the terrace on the rooftop of our office. This kind of event generally gathers almost everyone in our company. 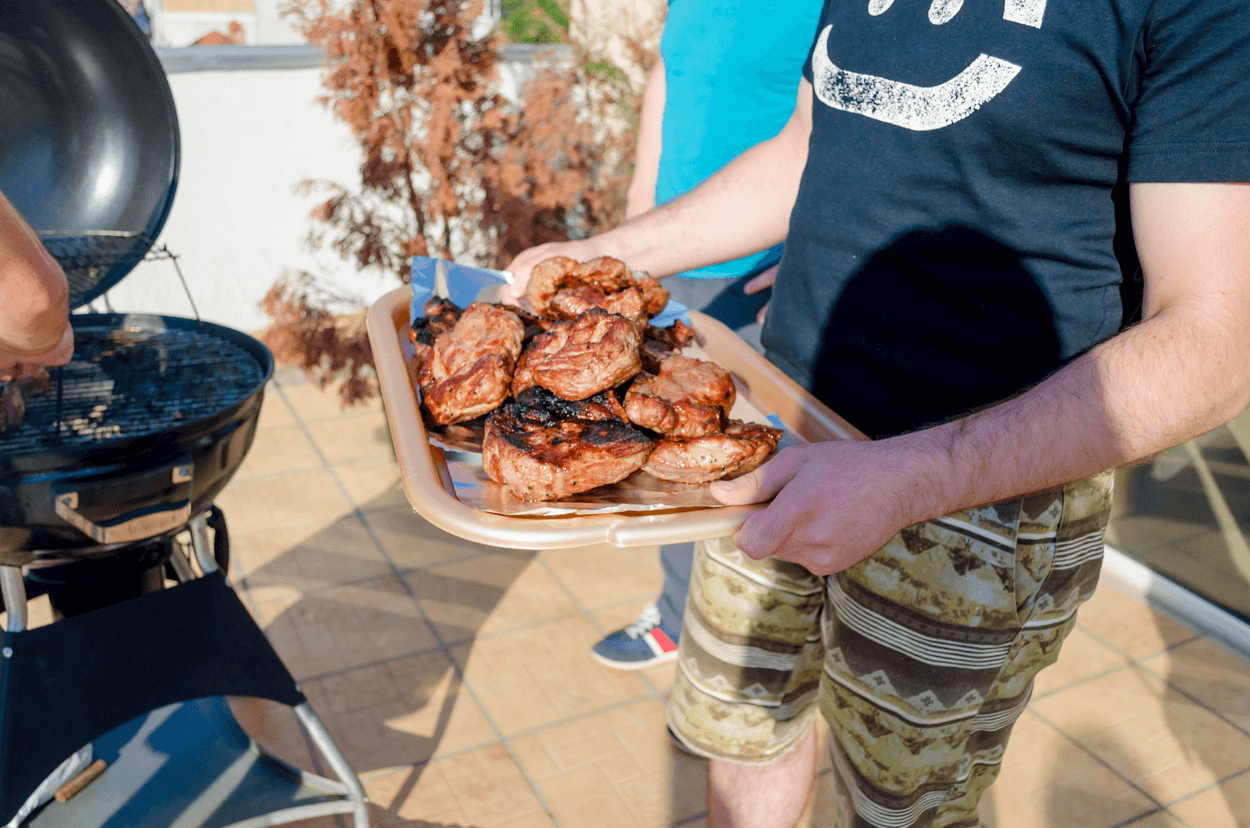 Who doesn’t like a nice meal with a drink, right?

And while the meat is cooking, the participants usually amuse themselves with a small talk, a quick battle in Tekken on the PlayStation, or a fast card game of Exploding kittens or Bang. Once the meal is ready, we all gather up to congratulate the “Newborns” and start the feast. Sometimes our Barbeques might last for as long as the whole night. Luckily, we organize these events on fridays, so there’s plenty of time to sleep it over the next day.

In conclusion, I would like to say that being able to have fun at work is of importance that can hardly be overestimated. It makes it possible for you to work with not just your colleagues, but rather with your friends.