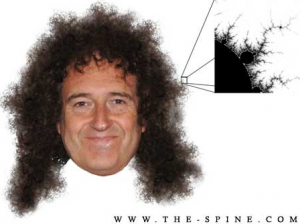 In March 1980, a supercomputer at the IBM Research Centre in York Heights, New York, gave instructions to an ancient Tektronix printing device. The device diligently dotted a blank sheet of paper in interesting places, and when it finally stopped clacking, the result looked as if a handful of dust had been thrown onto the page. Benoit Mandelbrot could not believe his eyes. He was clearly aware that he was witnessing something important, but he did not understand what exactly. The drawing was slowly dawning upon him, like a black and white photograph transferring onto paper in a darkroom: the first glimpses of an icon of the fractal world, the Mandelbrot set.

That was experimental mathematics at its best – an approach to the subject that meant mathematicians had laboratories, just like physicists or chemists. And mathematicians could do experiments. New horizons were literally opening up to them. They had a chance to escape from the land of “definitions, theorems, proofs”.

The word “fractal” is derived from the Latin fractus – crushed, broken. The exact definition of “fractal” is beyond the scope of the school mathematics course. At the conceptual level, fractal objects are “infinitely self-similar” geometric figures. The term itself was introduced by Benoit Mandelbrot, although a large number of fractals had been studied before him.

The first examples of self-similar sets with unusual properties appeared in the XIX century as a result of studying continuous undifferentiated functions (for example, Bolzano function, Weierstrass function, Cantor set). The term “fractal” became widely known with the publication of the book “Fractal Geometry of Nature” in 1977. Fractals became especially popular with the development of computer technologies, which made it possible to visualize these structures spectacularly.

The word “fractal” is used not only as a mathematical term. An object possessing at least one of the following properties can be called a fractal.

Many objects in nature have the properties of a fractal, for example: coasts, clouds, tree crowns, snowflakes, the blood system, the alveolar system of humans or animals (Fig.1). 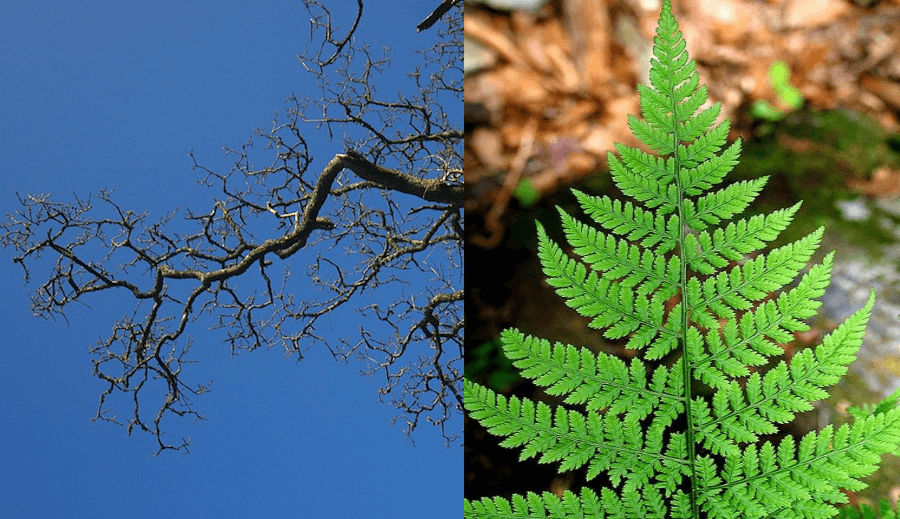