Internet of things (IoT) is happily chasing us more and more. I want You to become more familiar with it, if you aren’t yet, and to show you an example. 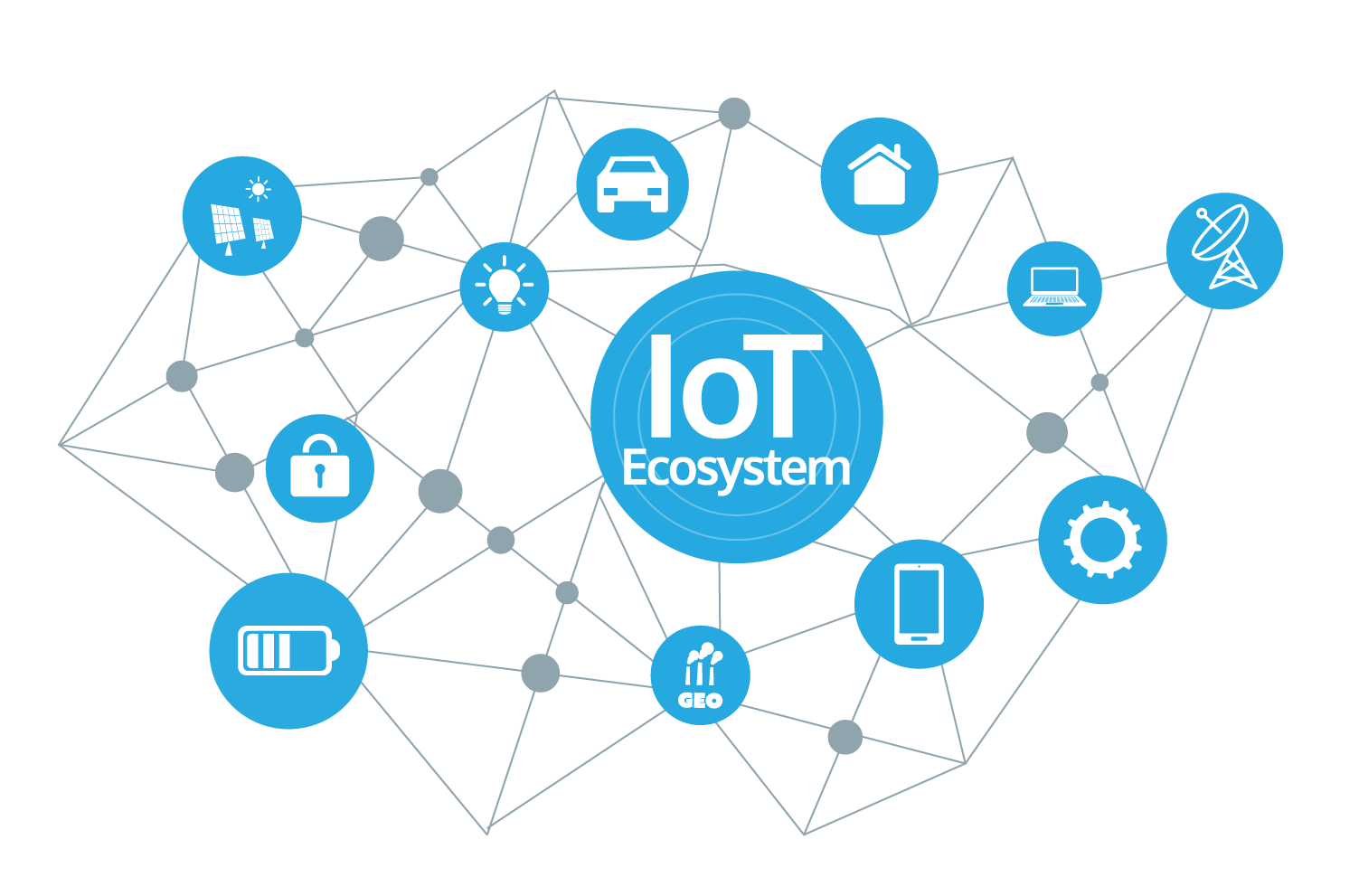 The most important thing in IoT is the communication. Let’s talk about it.

Bluetooth – operates at frequencies between 2400 and 2483.5 MHz. Packet exchange master/slave is based on a basic clock, defined by the master, which ticks 1600 times per second. A master Bluetooth device can communicate with a maximum of seven devices in a piconet, from all 3 classes, in a range of 100 meters approximately.

Radio modules – the frequencies could be different, for example, 76-108 MHz, 433MHz, 315MHz. The range depends on transmitter’s power and antenna.

WiFi – is a technology for radio wireless local area networking of devices based on the IEEE 802.11 standards. WiFi mostly uses 2.4 GHz and 5.8 GHz. Some versions of WiFi, running on suitable hardware, can achieve speeds of over 1 Gbit/s. The coverage of the access points (hotspots) can extend from an area small as a room to one of many square kilometres large.

The Core for IoT could be: Windows, Android, IOs, PLC, Raspberry, Arduino and others.

For the next example, I’m going to use Arduino + Android, connected to a Cloud service over WiFi. The biggest benefit is the access to the system from any part of the world, and these are the simplest and cheapest devices. Nowadays, Arduino is rich with communication modules, adjusted for your needs. There are modules for any type of Arduino shields, or devices with integrated WiFi modules. 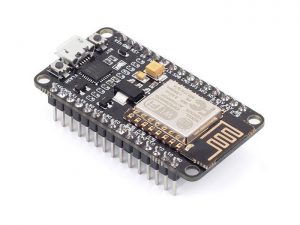 It’s a shield with a built in WiFi module, open-source, interactive, programmable in Arduino IDE, has a low cost, in other words, it’s simple and smart.

Technical characteristics of the module:


The module has 11 general-purpose I/O ports. Some of the ports have additional features, such as:


Cloud storage is a data storage split over multiple servers (could be in different geographical locations), and the physical environment is typically owned and managed by the hosting company. The benefits are as follows:

Another good point is that this service is user-friendly and supported by FLProg IDE, which makes it easy to use for those who are not familiar with programming in C.

First thing you would have to do, is to register in the system and create a Token, which is required when connecting to the device through the cloud server. After that, you can go to Editor menu and create your own project.

The next step is to define the configurations, in our case it would be – Cloud server + Nodemcu V3 + ESP8266 on board + FLProg IDE. Once you have all that, fill in your WiFi router data (name + pass), choose the token which was created before, and set up some design things.

At this point, you can already get the source code and copy it in your IDE. 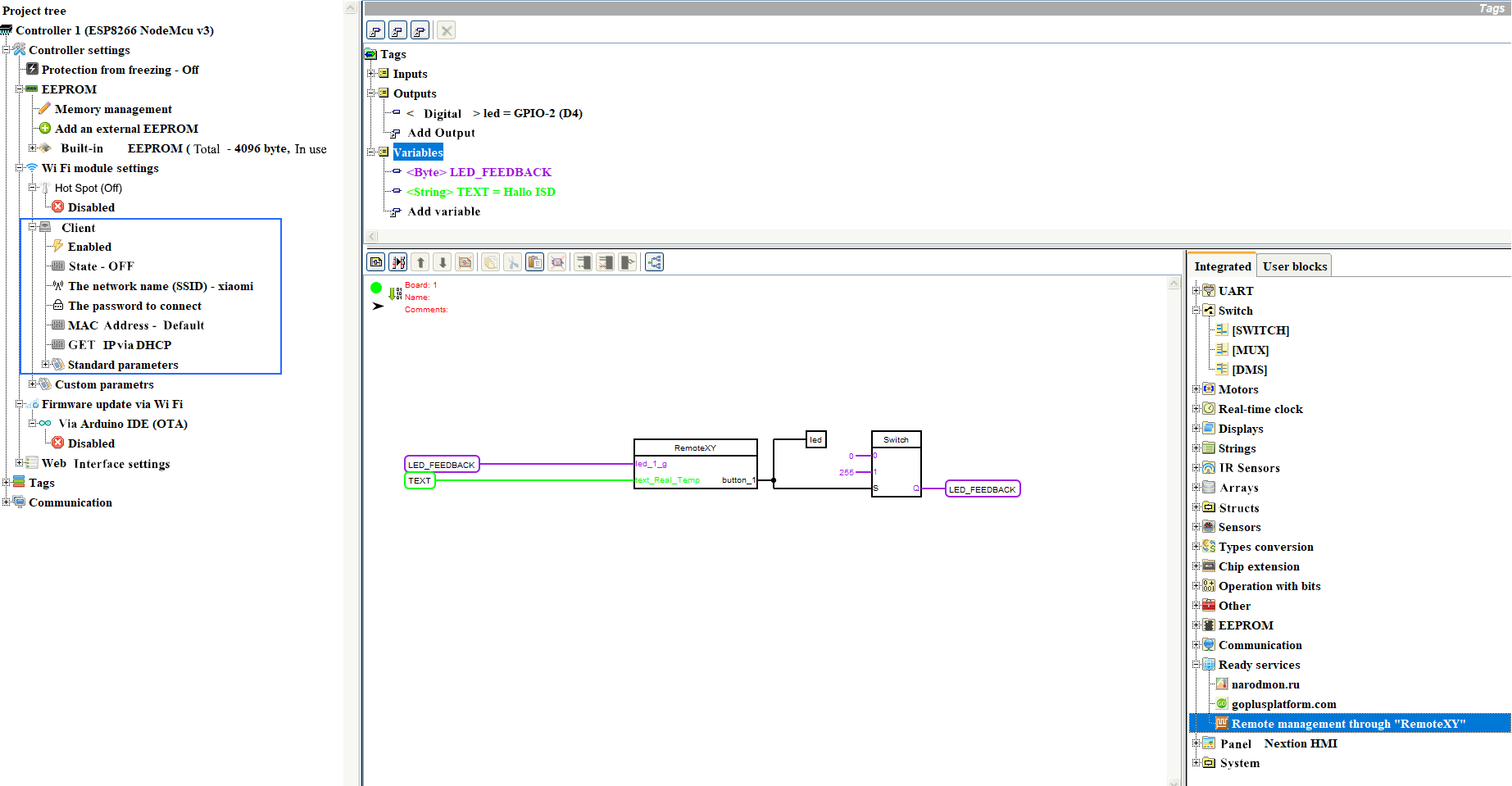 In the image above, you can see a RemoteXY block, where you can write your own logic with Inputs, Outputs and Variables. There (blue rectangle) you can also define the router SSID and password, and let it be Enabled. 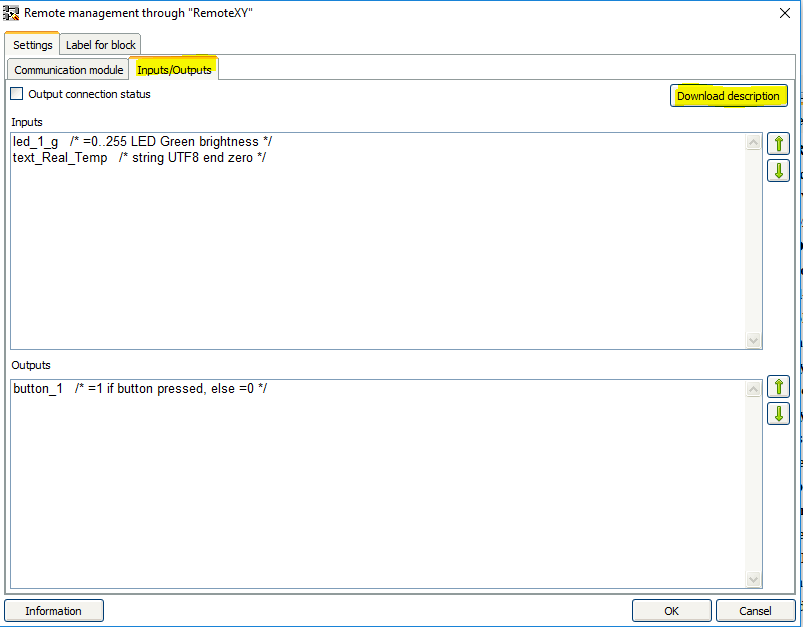 In the Download description section, Fig. 3, you can input some source code, and everything will be ready to go.

When it’s all compiled and loaded into the controller, and the shield is started up, it will connect to WiFi and you will see the results:

Finally you are ready to create your own robot, or whatever you want 😉